I love everything Cinnamon and this Eggless Cinnamon cake is the proof of that.

The elegance of this cake is in the beautiful delicate swirls of cinnamon running through the middle.

Very often, vegetarian eggless cakes are a pale version of the actual stuff.Usually- hard, tasteless, sometimes pasty, weirdly greasy and with a bad aftertaste because of all the artificial additives.This cake though is nothing of that sort.It has a beautiful crumb,a spongy airy texture and a taste that can easily rival most cakes with eggs.

Isn't there something so romantic about this cake?

I could eat it at anytime of the day and in any form! In fact, Cinnamon Swirl Cake can be served while it's still warm, right out of the oven(well almost) so you don't have to wait for it to cool down but it is also great at room temperature or cold.

Though, I have made this cake in a bundt pan but it can be easily made in a loaf or a cake pan.The baking time differs based on the size and shape of the cake pan and off course on the oven, so be on the alert from 25 minutes onwards.Also ,If you are a new baker, my article - Baking for Beginners-Bake your first Cake will be immensely helpful in understanding and acing baking.

It's a quick and easy to make vegetarian cake recipe- which pleases everyone!I have tried this recipe multiple times and it has never failed me.

Note- While sprinkling the cinnamon sugar- remember that the cake will rise and the swirls will show in layers.

Finally, If you love cinnamon like me - Do try my Homemade Easy Cinnamon Buns  & Warm Apple Cinnamon Cake with Caramel Glaze recipes too! 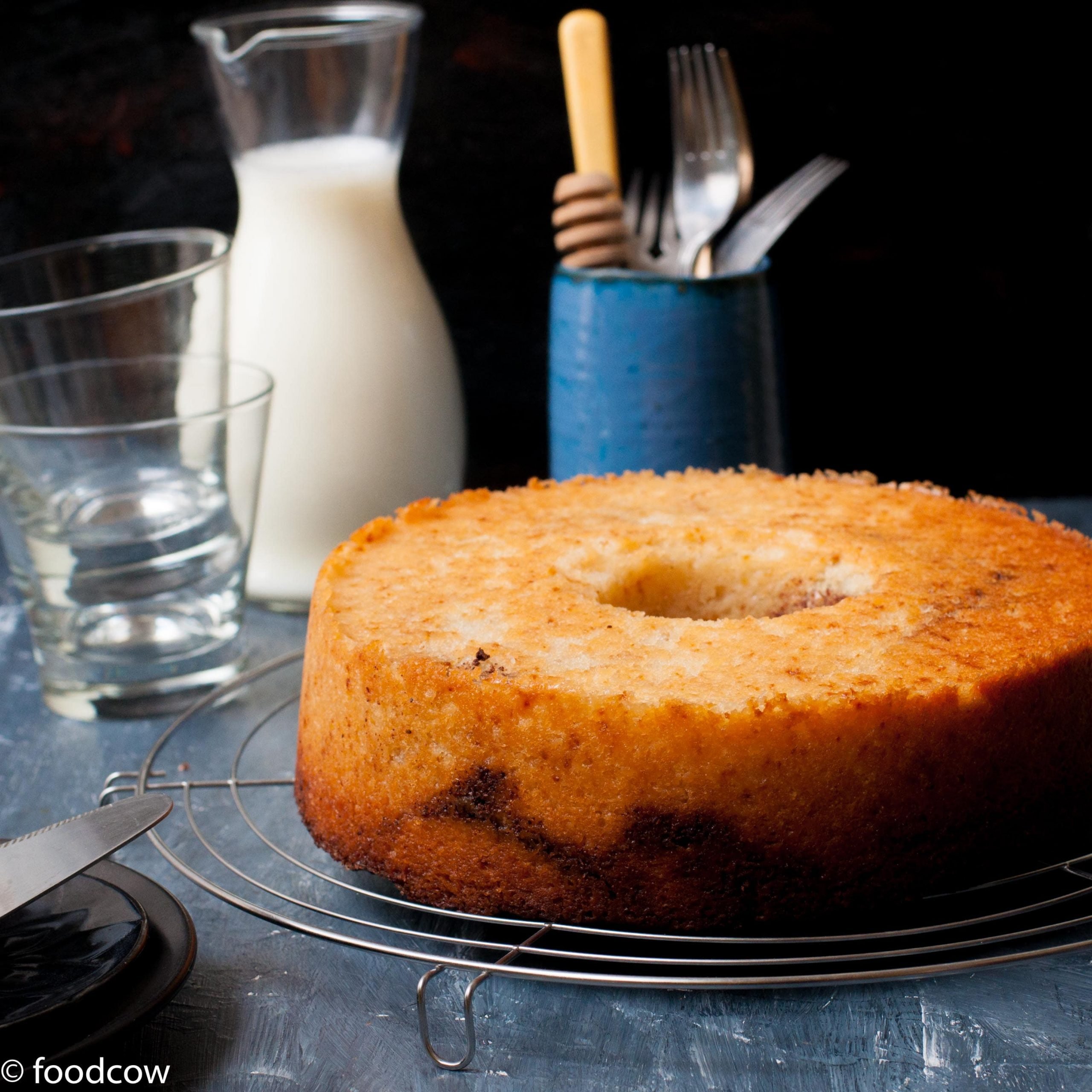 Some more Eggless Cake recipes that you will love!