This Mangalorean Prawn Curry is the crown jewel of the Western Indian Coastal cuisine from Mangalore,Karnatake.

Before moving to the southern region of India, I really had no idea about the very distinct cuisines of the southern states. Actually,scratch that..not separate southern "states" but "regions"..There are so many cuisines , that I am suddenly grappling with too much information and ideas..For instance-there is the famous Chettinad cuisine, then there is the Tamil Brahmin way of cooking,Malabar Cuisine,Mangalorean Cuisine and I am sure I am missing out on a dozen more here.

For me,Mangalorean Prawn Curry was a case of pure sheer infatuation which started when I tasted Fish Gassi at Jai hind lunch house in Mumbai for the first time.To say that we were mind blown ,is underselling it, I just couldn't stop thinking about it.This one meal catapulted me into researching and mastering this recipe of Gassi though I chose to make the prawn version of it instead of Fish.

When done right a Mangalorean Prawn Curry or Gassi should be orange in colour, it should be Light and above all ,should have layers of tanginess from the tamarind and Kokum. A Gassi also has a with a very distinctive earthiness that comes from the use of Kokum.Frankly,its easy enough to make but the only challenge is in grinding the Gassi Masala Paste.In a good food processor it will take anywhere between 15- 20 minutes of blending because the fresh coconut has to really disintegrate into a paste.If this step is skipped or not done right the Gassi Gravy will be grainy instead or being smooth and almost silky.

Before you ask how is this different from say Kerala Prawn Curry or Goan Prawn Curry then let me state the differences and similarities.All three are coconut based curries from the Western Coast of India but they are different in a number of ways.

For starters,Goan prawn curry gets the tanginess from Vinegar which is more of a Portuguese effect where as the Mangalorean Prawn Curry derives its signature double layer of sourness  from both Kokum and Tamarind.

The other major difference is the usage of coconut flesh as opposed to coconut milk in both the Kerala & Goan Prawn Curries.The Coconut flesh makes the gravy a little more full bodied as compared to the silky viscosity of other coastal prawn curries.In Mangalore,Mangalorean Prawn Curry is also called Yeti Gassi which translates to Prawn Curry.

The three heroes of this Mangalorean Prawn Gassi are- the Coconut, Kokum and Shallots.

Shallots are small onions-which are marble sized in India and almost as big as my little finger in the USA and so make adjustments accordingly.Cooking a curry unlike baking is more about what your feel and like.Feel free to increase the heat by adding more chillies or amp up the tanginess by adding more tamarind ,if that's what you like. 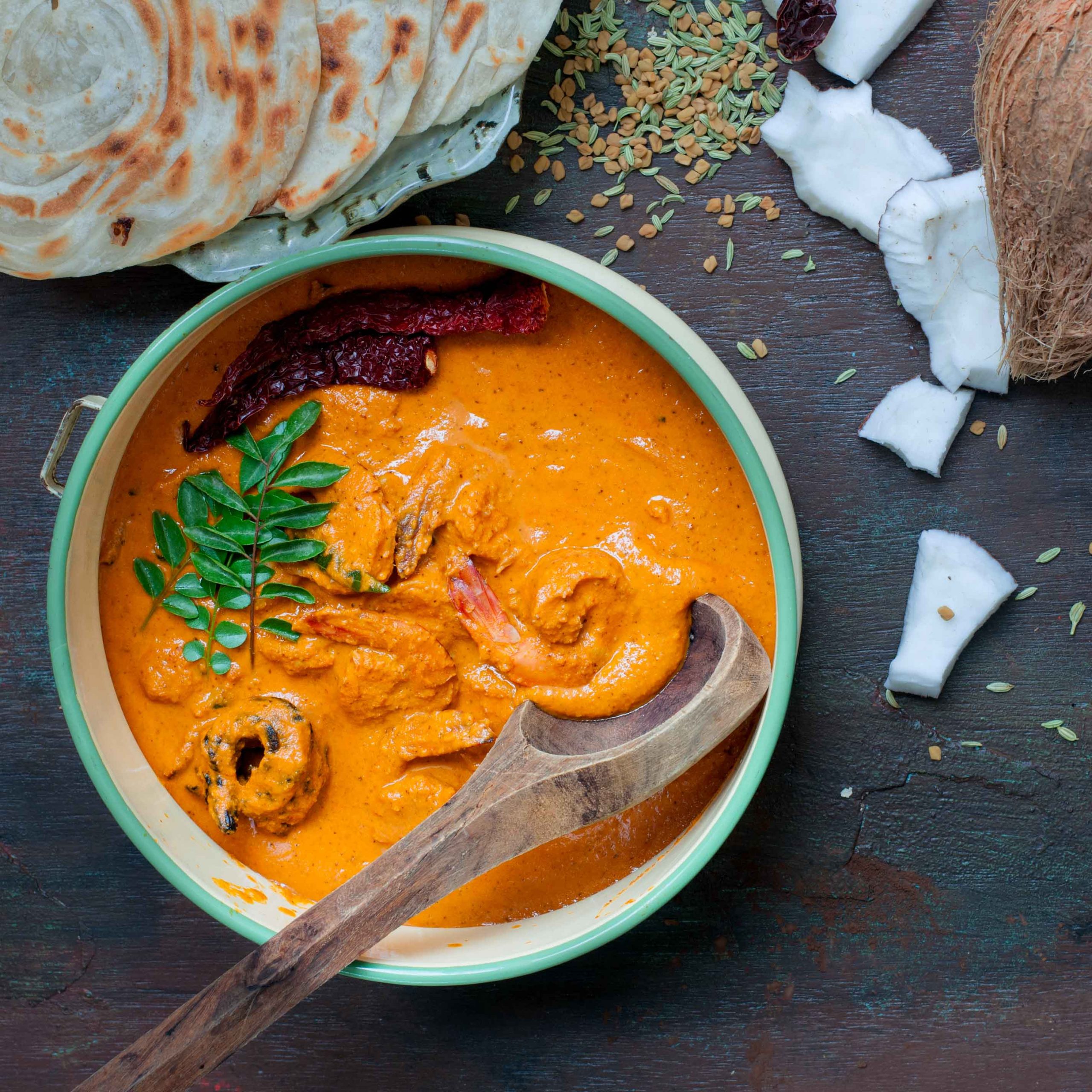 So here are some more bonus Indian recipes for you!